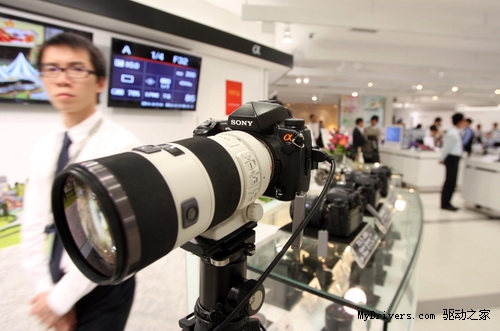 The magnitude 9 earthquake that hit in March hit Japanâ€™s IT digital company, and dozens of factories in the earthquake area stopped working or reduced production. As some of the products and components produced by the factories account for a large share of the global market for similar products, it has affected the supply of the global IT digital industrial chain. In March and April, several investigations by the â€œIT Timesâ€ reporter found that the most affected markets were memory and digital camera products. Their prices generally rose, and some products or models even appeared to be out of stock and reluctant to sell.

After a lapse of four months, â€œIT Timesâ€ reporters once again visited Shanghai Digital Stores and found that the impact of the strong earthquake in Japan on the sales price of IT products has been basically eliminated, and the recovery time is much earlier than expected.

The price of digital cameras has fallen back to the level before the earthquake. The global digital camera market ranks in the front row almost as a "all-in-one" Japanese company. After the earthquake, digital cameras experienced shortages, price increases, and declines, and prices have finally stabilized. The reporter saw in the Canon store of Dinghao Electronic Mall that the empty windows that were three months ago are now full of goods.

Mr. Ma, who is responsible for the store, told the reporter that because Canon's factory is not in the earthquake zone, the impact is small and the price is falling relatively quickly. â€œIt has almost recovered to the pre-earthquake level and the supply is adequate, basically satisfying the demands of all classes.â€

â€œOn March 20, the impact of the earthquake began to show up. There was no goods in April and the business could not be done.â€ Mr. Ma said, â€œThe Canon card machine production line is basically in China, but it is the least affected, but there are also four or five. With the increase of 100 yuan, the SLR has generally risen by 1,000 yuan, and the high-end models have risen even further. EOS MARKIV has risen by more than 10,000 in April, but these conditions have been eased in May."

According to the "Digital Imaging Industry Price Index Trends" released by the Internet Consumer Research Center, the market price index of China's SLR digital cameras reached 113.07 at the end of March, up 10 points from the beginning of the year. Throughout April, although the turbulent decline in the average price of digital imaging products showed that the impact of the earthquake is gradually weakening, its price index still hovered between 106 and 112. As of July 11, the price index fell steadily to 98.82.

In May, the reporter had statistics on Jingdong Mall. Of the total of 24 Canon SLR products, 12 were out of stock, including popular models 600D, 5D Mark II, 7D, etc. Some SLR lenses have also been out of stock. in. There are factories in the earthquake zone, Sendai and Fukushima, Nikon also has a variety of products in the state of no goods, but the current situation has been improved. The reporter also confirmed after consulting with Shanghai's largest digital camera equipment market that the increase in sales of popular models in April has become a thing of the past. Nikon's D3100, D5100, D90, D7000 and other models cut prices across the board, Canon's 5D MarkII also cut prices as much as 600 yuan.

The memory price is lower than before the earthquake. "The memory stick has been declining. The market price of desktops with 2G DDR3 has dropped to between 90 yuan and 95 yuan, which is even lower than before the earthquake." Miss complained to the IT Times reporter. At the end of March, when the reporter visited the market, he found that the same desktop computer used 2G DDR3 memory from the pre-earthquake 100 yuan -110 yuan, rose to more than 130 yuan.

Miss Yin told reporters that the price of memory in the retail market began to fall in June. She believes that the main reason is that the production line of the upstream Japanese wafer manufacturer of the memory module has been restored and the production capacity has fully returned to normal. On the other hand, the supply of memory on the market has recently increased a lot, but consumer demand has not increased, which has directly caused a linear decline in prices.

Toshiba's manager responsible for storing the product also confirmed to reporters that the impact of the earthquake on their stored products has basically disappeared.

According to a study conducted by market research firm IHS iSuppli, due to the increase in inventory of chip suppliers, including memory manufacturers, from the fourth quarter of 2010 to the first quarter of 2011, they created raw materials, processed products and finished products. 2-4 weeks of buffering. The Japanese earthquake occurred on March 11 and was in the end of the first quarter. Therefore, the earthquake actually has limited impact on the supply chain of semiconductor products. The excessive semiconductor inventory in the first quarter helped the semiconductor industry avoid serious shortage of components.

Also from the IHS iSuppli analysis, by mid-May, Japan and the global micro-electronics and mechanics (MEMS) industry were fully recovered, and relatively hardly hit by this severe disaster.

MEMS devices are used in many consumer electronics products such as smart phones and tablet computers, but also in the industrial, medical and aerospace industries. In 2010, Japanese companies had MEMS sales of approximately 1.38 billion U.S. dollars, accounting for 21.3% of the global market demand. Canon, Panasonic, Epson and Denso are among the top 20 MEMS companies in the world.

Seven Rainbow supply 75W-300W Led Shoe Box Light ,100-277VAC, 125 Lumens/Watt, IP65,Mean well driver
used in Parking Lot lighting, wall lighting area, street lighting.etc. We are China Origin Factory of LED Shoe box for parking lot lighting. If you have any question, please feel free to contact us. we have the perfect after-sales service and technical support. Welcome to our factory and negotiate business with us. We trust that we will be your best supplier in China. We hope to set up a long-term partnership with you through our high quality products and our Sincere Service!