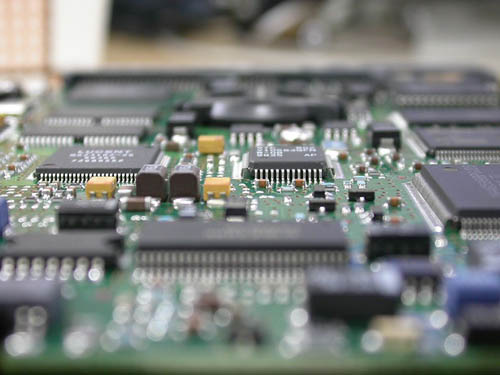 With the rapid development of China's strategic emerging industries, in 2013, whether the electronic components industry has turned a turning point?

Wen Xueli, chairman and secretary-general of the China Electronic Components Association, said that since the beginning of this year, the recovery of the world economy has been weak, the debt problems of the EU economies have been serious, the unemployment rate has continued to be high, and consumer information has been sluggish. China is also hard to keep up with. â€œAccording to the analysis of the current economic situation at home and abroad, I believe that the electronic component industry in 2013 is still growing at a low rate. The main reason is that the export market is depressed, especially exports to the major economic powers in the EU, and the problem of insufficient domestic demand is also difficult to achieve. In a short period of time, it is expected that Chinaâ€™s exports of electronic components will increase by about 5% in 2013, while imports will remain basically the same as in 2012.â€

Yang Bangchao, a professor at China University of Electronic Science and Technology, believes that due to the high dependence of China's electronic component industry on foreign demand, if there is no significant recovery in overseas orders, it is unlikely that a sharp rebound will occur in 2013, but it is expected to increase. The rate is slightly higher than this year. He also predicted that the domestic demand for electronic components will increase in 2013. The year 2013 is the key year for the national implementation of the â€œTwelfth Five-Year Planâ€. Under the impetus of the countryâ€™s rapid development of various emerging industries and traditional industrial policies that are constantly upgrading, new energy industries, new forms of transportation, and new types of audiovisual equipment will be China's component companies have brought a big market.

Chairman of Shenzhen Laibao Hi-Tech Co., Ltd. Weidong Wei believes that with the improvement of the macroeconomic situation and gradual improvement of the consumer market and the increasingly mature mobile Internet industry environment, innovative applications such as wireless Internet access, video calls and cloud computing services are emerging. With the increasingly close integration between computers and television, the market demand for smart phones, ultrabooks, integrated computers and other products is further stimulated, thereby promoting the development and upgrading of related supporting industries.

Dong Mi, a secretary of Guangdong Shengyi Technology Co., Ltd., said that the PCB industry has not actually changed and Chinaâ€™s PCB still ranks third in the world. The problem is that no one can expect and grasp the external needs of this industry. Because of the weak domestic demand caused by the macro economy, because the fiscal cliff of the United States and the European debt problem could not be solved, the electronic export-oriented enterprises with China's traditional advantages like Shengyi Technology could not predict the demand risk in 2013.

Li Minggui, executive secretary of Hushi Electronics Co., Ltd., which specializes in various kinds of circuit boards, believes that consumer electronics are mainly viewed downstream. If the consumption of these terminals is not good next year, it will be difficult to drive the electronic components market.

Smart terminals drive the industrial chain Although electronic components have encountered Waterloo in the entire industry, benefiting from the flourishing of some terminal electronic products, there will still be rapidly developing small molecules.

In the field of electronic components, Wen Xueli believes that in 2013 China will continue to implement the broadband strategy, especially the acceleration of FTTH, which will bring opportunities for the development of optical cables and optical devices. Due to the rapid development of smart terminals, higher requirements are placed on new generation electronic components. As a result, the demand for traditional leaded components will be further reduced; someone will refer to leaded resistors as the sunset industry. The more miniaturized chip components will have more room for development, and the 01005 (imperial) chip resistor and capacitor market will further expand.

From an investment point of view, Han Yuefeng, chief investment officer of Shenzhen Mingyuan Investment Consulting Co., Ltd., believes that the rapid rise of smart terminals, the requirements for the number and quality of related devices such as displays, touch screens, lenses, and electro-acoustic devices are also increasing. The increase in concentration of upstream smartphones has led to an increase in the degree of concentration in the downstream industries, making excellent companies more outstanding and having larger orders. While the development of low-end and mid-range smartphones and tablets has been measured, it may compress profit margins.

Domestic enterprises do not have enough innovation and the trend of industrial integration. After undergoing several rounds of development cycles, any industry will face integration, so as to be able to become bigger and stronger. It will eventually form an effective competition with related foreign industries and eventually realize industrial internationalization.

Wen Xueli said that in the context of downward pressure on economic growth and upward pressure on prices, some companies in the electronic components industry in China are faced with difficulties in production and operations. The main problem is that companies are overburdened with tax burdens. Furthermore, the independent innovation system with enterprises as the main body is not really established, and the capacity for independent innovation is not enough. It is expected that in the coming period of time, the phenomenon of merger and reorganization in the electronic components industry in China will gradually increase.

Yang Bangchao believes that the independent innovation capability of the electronic components industry in China is weak, and many key electronic components cannot be mass produced. In addition, due to the relatively small size of domestic enterprises, the relatively late start of technology research and development, and the lack of open commercial platforms for the production of electronic components, the lack of competitiveness in the raw materials and equipment links in the upstream of the industrial chain also exists in product design. Inadequate, some core, key materials and technology are not yet fully understood. Therefore, investment must be increased to further improve and strengthen the production technology platform for high-reliability products.