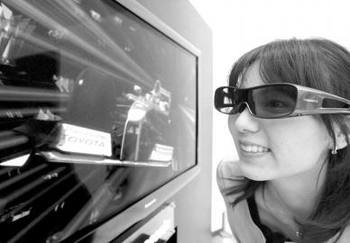 A few days ago, some media reported that Panasonicâ€™s plasma TV assembly plant in Shanghai had been shut down and the plant would be shut down after it was suspended. Panasonic will clear the manufacturing subsidiaries by the end of 2013 and the related employees will all be retired.

The reporter of â€œDaily Economic Newsâ€ immediately confirmed to Panasonic China that Matsushita China had indeed done something and claimed that Shanghaiâ€™s plasma TV assembly plant, Shanghai Panasonic Plasma Co., Ltd. (hereinafter referred to as Shanghaiâ€™s Panasonic Plasma) had been in late November last year. The shutdown has been carried out, and the plasma sales and production operations have been transferred to the LCD TV assembly plant in Shandong Province.

For the Shanghai Panasonic Plasma Shutdown, in the industry's analysis, it is mainly because Panasonic did not seize the market opportunities and misjudged TV development trends. Panasonicâ€™s failure to survive this time also reflects the declining trend of the plasma TV market.

Plasma "big brother" contraction front
For the assembly of Shanghai Panasonic plasma concentrated in the LCD TV assembly plant in Shandong province, Zhao Huizhi, a researcher in the household appliance industry of China Investment Advisors, believes that Panasonic wants to improve efficiency through the integration of production bases, thereby improving the revenue and, to a certain extent, improving Panasonicâ€™s current profitability. status. On the one hand, the shutdown of the Shanghai Panasonic plasma plant can save production costs and reduce business expenses. On the other hand, if Panasonic moves from plasma TVs to LCD TVs, the development space will be even greater, and it will bring more sustained benefits to the company.

Panasonic China stated that it has properly placed its employees in a timely manner with regard to the whereabouts of employees after the closure of the factory. Panasonic China told reporters that employees are not laid off. Arrangements have two main directions. First, based on personal wishes, personal skills, and job requirements, the various subsidiaries of Panasonic will be deployed in different positions in Shanghai; the other direction is to introduce to Shanghai. Panasonic Plasma's Chinese partner went to work. If the employee is not satisfied with the above two directions and still chooses to leave, Panasonic will pay a certain amount of compensation according to the request he made.

Panasonic China also added that the transfer of Shanghai Matsushita plasma after the suspension of work is only a combined business, and does not mean that it will no longer produce plasma TVs in the future. Plasma technology has always been one of Panasonic's core technologies. The company has never said that it will abandon the technology. In addition to the home television field, the company will continue to expand its plasma technology to other commercial areas.

Despite the high value of plasma technology in the commercial field, Liubu Chen, a commentator for the industry and the economy, believes that â€œMatsushikaâ€™s move from the civilian market to the commercial market can only be a sign that corporate strategy is shrinking. However, Panasonicâ€™s current adjustment is understandable.â€

However, there are also industry insiders that Panasonic is also tightening its investment in plasma while also accelerating the adjustment of its manufacturing structure. The product is a major support for the company, due to Panasonic's strategic mistakes before, fell into a very passive market position, the current Panasonic should give up the plasma TV business, and instead resort to LCD TV force.

â€œAfter the integration of production resources is completed, it will be of great help to reduce Matsushitaâ€™s production costs and increase its efficiency. However, it needs to be realized that this strategy can only be a drop-in for the entire groupâ€™s operating conditions and cannot change Panasonicâ€™s entire The business in the Greater China region is in a state of sluggish growth,â€ commented Tang Pinghua, a management consulting partner at Jonathan.

Although it was an optimization of the business, the plasma panel as a flat-panel TV display device was not as competitive as the liquid crystal, which caused the closure of Shanghai Panasonic plasma.

The reporterâ€™s investigation found that the Chinese partner Shanghai Instrument Electronics Co., Ltd. (600602, SH), which was mentioned by Panasonicâ€™s Chinese side, had issued a board resolution announcement on November 24 last year. The announcement shows that due to the fierce competition in the global flat-panel TV market, the market share of PDP (plasma) TVs has continued to decline, and Shanghai Matsushita Plasma's operating performance has declined sharply in 2012. The cumulative loss from January to October 2012 was about 15 million yuan ( Unaudited). In order to avoid losses in continuing operations resulting in greater losses of Shanghai Matsushita plasma, the shareholders of Shanghai Matsushita Plasma Co., Ltd. agreed to apply to the relevant government approval authorities as soon as possible after obtaining the agreement of the respective companyâ€™s decision-making bodies to apply for the early termination of Shanghai Matsushita Plasmaâ€™s joint venture contract. The constitution, after being approved, is to be cleared and dissolved in accordance with the relevant national laws and regulations, Shanghai Panasonic plasma will be dissolved, and the companyâ€™s management shall be authorized to dispose of relevant matters relating to the termination of Shanghai Matsushita plasma business.

In Tang Pinghuaâ€™s view, the reason why LCD TVs accounted for most of the marketâ€™s share is that the core technologies of plasma TVs are centralized in the hands of a few Japanese and South Korean manufacturers, the technology is too monopolized, and the production companies are too concentrated, leading to the failure of marketing to be accepted by the market. Once the scale of production cannot be expanded, production costs cannot necessarily be reduced. In addition, many Chinese color TV manufacturers choose LCD TVs and vigorously promote LCD TVs. The growth in China's consumer demand has led to the continuous expansion of the production scale of LCD TVs, greatly reducing the production cost of LCD TVs, and ultimately can only dominate LCD TVs and occupy the mainstream of the TV market.

Within three or five years or encountered delisting

In the first few years of the transition from traditional CRT color TVs to flat-panel TVs in the global industry, plasma and LCD camps formed. Panasonic, Mitsubishi, NEC, Samsung, and LG have become the champions of plasma TVs. Changhong, a domestic color TV maker, also gambling on 6 billion yuan for plasma TV production.

However, the field of plasma has been declining since 2006, and members of the plasma camp have already fallen. Nowadays, Panasonic, the former plasma adherent, has also contracted its business, which is equivalent to the announcement of a complete loss of the plasma camp. In the industry's view, Changhong, which still sticks to the plasma project, is still more passive.

Liu Buchen stated that plasma TVs are now at a very marginal position compared with LCD TVs. At the end of 2011, the ratio of LCD TVs and plasma TVs in the global market was 15:1, and in the Chinese market it was 20:1.

The arrival of the previous 3D era was regarded by the industry as a great opportunity for the development of plasma TVs. Plasma TVs can gradually expand their market share and become mainstream products in 3D. Because plasma TVs have good expressiveness in terms of picture fluency and do not need to be upgraded like LCD TVs, they can easily achieve no smearing.

Unsurprisingly, the most "high profile" in the 3D display is still the LCD TV. The plasma, which has always been known for its excellent picture quality, is in a "low profile" state.

Since then, the industry has thrown out views, from the perspective of industry size, market trends, plasma TVs and LCD TVs have already evolved from confrontation to post-war phase. The results given by the market are not satisfactory: Plasma TVs have lost ground, and LCD TVs have successfully upgraded to represent the future market trend, namely the more energy-saving and ultra-thin (4Kx2K) ultra-high resolution stage.

Home appliance industry observer Liang Zhenpeng said in an interview with reporters, â€œAs far as last year, plasma sales in the global market and sales have shown a downward trend, of course, the Chinese market is no exception, so maybe in the next three to five years Inside, we will all be unable to see plasma TVs in the market."

As users hands or debris enter the zone 6 inches (15cm) from the infrared sensor on top of the dustbin, the lid will automatically open